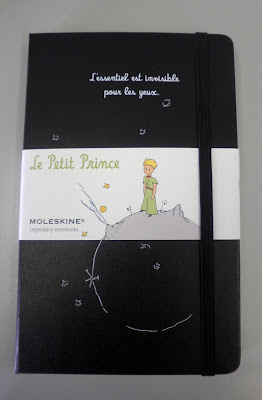 Antoine de Saint-Exupéry's classic Le Petit Prince was published in 1943, has been translated into 190 languages, and has sold 80 million copies. I can't help but think that a large part of the novella's appeal are the wonderful illustrations done by Saint-Exupéry of the Prince, his planet, the Baobabs, and his Rose, among others. 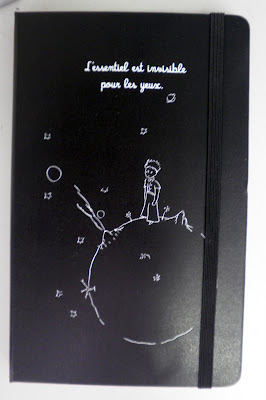 In April 2011 Moleskine released Le Petit Prince special edition notebook featuring the Saint-Exupéry drawings in two motifs and four styles: pocket and large, lined and plain paper. Each cover is engraved in silver with one of the illustrations (on the large plain paper notebook above it's the Prince on his planet, with volcanoes and flowers) and the line "L'essentiel est invisible pour les yeux." 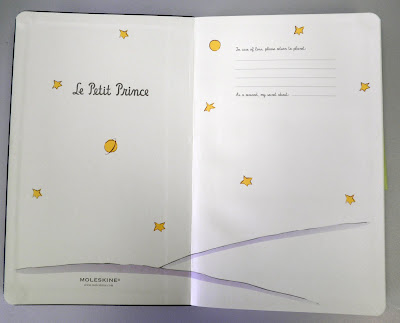 The front inside cover shows the desert at night, with all the stars and planets. 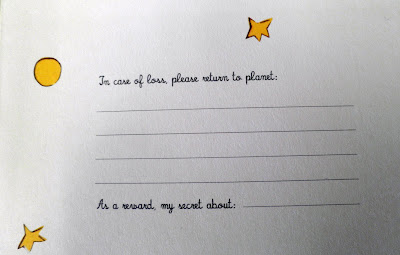 Instead of Moleskine's signature "In case of loss, please return to:" and "As a reward, $___" you have this charming variation including planets and secrets. 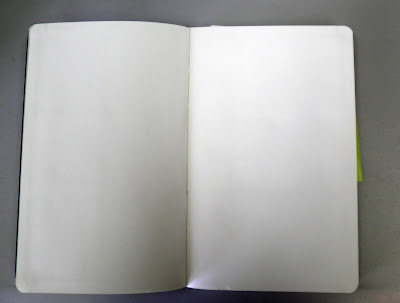 Between the front and back is Moleskine's beautiful cream paper. There's something about a blank sheet of fine paper that's inviting and daunting and a bit frightening, like a ferris wheel. 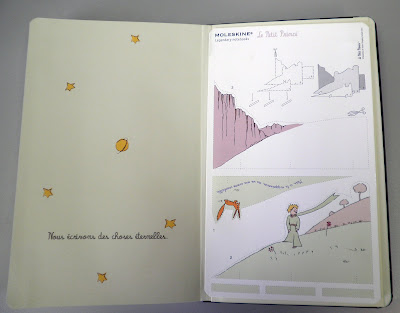 The back inside cover has the Moleskine pocket, and inside is an illustration of the Prince as well as the Fox. Instructions show how this can be made into a standing tableaux. 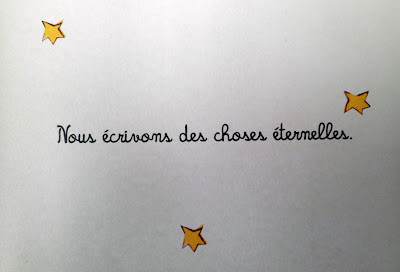 Charming and beautiful, if you're interested Amazon has them at a slightly reduced price.

Email ThisBlogThis!Share to TwitterShare to FacebookShare to Pinterest
Labels: Moleskine