What Caliber Is Your Fountain Pen?

Guest Post by Jack of Youngtown, Ohio (which I've read was one of the main crime centers of the country back in the day).


What Would Pretty Boy Floyd Write With? 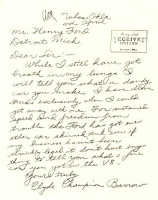 Clyde Barrow was one of us in one respect--he was a penman. Murderer and bank robber, Barrow and his frail, Bonnie Parker, took to the fountain pen for Bonnie’s verse and Clyde’s letter to Henry Ford, maker of really good getaway cars for the Barrow Gang’s wheelmen.

Difficult to picture these gunmen genteelly dipping a nib into a bottle of Skrip, isn’t it?


And then there was another penman--Charles “Pretty Boy” Floyd. Born on Feb

Prohibition had brought widespread contempt for law in brawling Youngstown. Scots-Irish moonshiners, Italian and German winemakers and homebrewers, and Mob truckers hauling Canadian booze from Ashtabula’s rum-runners’ coves all made it so. Pretty Boy Floyd would have found good hospitals in Youngstown to patch him up, and a gangster-friendly environment to recuperate had he survived long enough to make it there.

He was gunned down by law enforcement officials. “Bandit” was how his 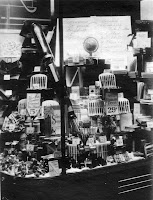 occupation was listed on his death certificate by the Columbiana County coroner. Floyd, like Barrow, was literate. The year before he’d written a postcard to Kansas City police denying his involvement in the Union Station Massacre. What was his weapon of choice then? A sub-$1.00 schoolboy’s pen picked up at a nearby Woolworth’s? Or, freshly shaved and talced between robberies, did he amble to a department store’s fine writing clerk for a look-see at some Parker Duofolds?

English novelist and playwright Edward Bulwer-Lytton and American folk singer Woody Guthrie both offer tips on just where to place your fountain pens in your personal armory. Bulwer-Lytton is credited with “the pen is mightier than the sword”. I’ll guess that means your broad-nibbed Pelikan M800 will whip the bejesus out of anyone fool enough to approach you with a broadsword or battleaxe.

Guthrie puts the fountain pen on a par with the revolver in his “Ballad of Pretty Boy Floyd”. Here’s the penultimate stanza:

Yes, as through this world I've wandered
I've seen lots of funny men;
Some will rob you with a six-gun,
And some with a fountain pen.

Guthrie hadn’t reckoned with today’s double-stack Glocks and Brownings, but he knew a thing or two about The Suits. Their pen cases loaded with gold-slathered blingy pens, The Suits are in Congress, our state legislatures, darned near everywhere now, maneuvering people needlessly into misery for the sake of political expedience. Never ends, does it?


Afterthought: Although not a native of Youngstown, I spent my growing-up years there, and live about a 15-minute drive from “the Yo’” now. I meditated back in the 1990s upon the death mask of Pretty Boy Floyd [after I’d gone broke the second time]—for a few seconds at least---then at the C. C. Thompson house, a wealthy pottery maker’s home converted to a small museum in East Liverpool.

There’s also a pretty extensive Museum of Ceramics in the former post office building, as East Liverpool was once a major American pottery manufacturer. Our collectors ‘n’ connoisseurs community helps build us up. I like blingy pens. Wish I owned a few, although I’m pretty happy with my high-quality, moderate-priced Shanghai writers. I object to the poseur’s bullying by way of one-upmanship. [ed. note: who me? *lol*]

(I enjoyed writing this post. We sometimes forget that the fountain pen was a ubiquitous writing tool for sixty-some years, used by youngsters, service station owners, immigrant letter-writers---and gangsters, too.)
Jack/Youngstown
Posted by dianeb at 7:59 AM